FOR IMMEDIATE RELEASE No. 3017

TOKYO, April 5, 2016 - Mitsubishi Electric Corporation (TOKYO: 6503) announced today that the Mitsubishi Electric SOCIO-ROOTS Fund, a charitable undertaking in which the company matches employee donations, contributed 42,831,632 yen, or about 380,000 US dollars, to 83 social welfare facilities and programs in Japan from April 2015 through March 2016. To date, the fund has donated more than 1,100 million yen, or about 10 million US dollars, to some 1,800 social welfare facilities and programs.


Of the total, 18 million yen supported recovery initiatives related to the 2011 Great East Japan Earthquake. The remaining amount of 24,831,632 yen was provided to social welfare facilities located near Mitsubishi Electric factories or branch offices across Japan.


To support recovery efforts in Tohoku, the fund made respective donations this year to eight nonprofit organizations that each provide mental healthcare, education, safe and comfortable play areas and opportunities to nurture spontaneity for orphans and other affected children. The fund also made donations to organizations that support such children's guardians, whose physical and mental stability have an impact on the children as well. Cumulative recovery-related donations over the past five years have now surpassed 118 million yen, or about 980,000 US dollars. Going forward, the fund intends to continue this initiative in response to the needs of the affected people and organizations.


The Mitsubishi Electric SOCIO-ROOTS Fund, the company's signature initiative in the field of social welfare, was established in April 1992 as one of Japan's first matching-fund corporate initiatives. Open to all Mitsubishi Electric personnel in Japan, it has encouraged employees nationwide to help support activities rooted in local communities. 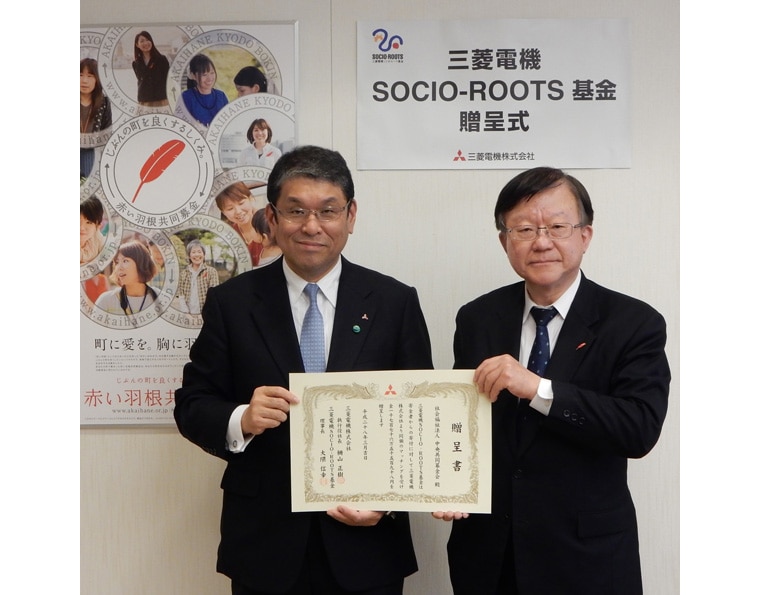