FOR IMMEDIATE RELEASE No. 3241

TOKYO, January 22, 2019 - Mitsubishi Electric Corporation (TOKYO: 6503) announced today that it has developed a smart, natural human machine interface (HMI) for cars by applying its Maisart®* proprietary compact artificial-intelligence (AI) technologies for smart mobility. After recognizing the direction that the driver is facing, the technology uses Smart Notifications to alert the driver about out-of-sight-line objects. Also, the HMI's Natural Navigation system always responds to verbal inquiries in natural, two-way conversations regarding driving routes, etc. without the need for pressing a button or trigger words. 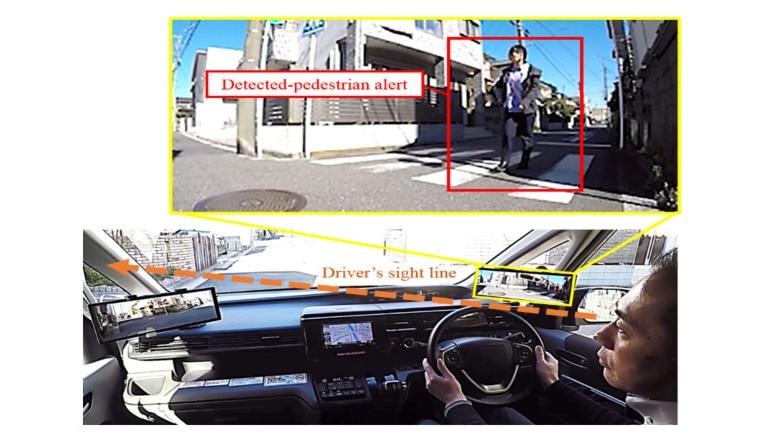 Increasingly common driver-assistance systems equipped with cameras and/or sensors are designed to detect objects more effectively than drivers. Also, voice-recognition technology is already being equipped in some car navigation systems. Conventional driver-assistance systems detect objects (cars, pedestrians, etc.) and then notify the driver. Sometimes, however, drivers feel annoyed and ignore such notifications, and vague, one-sided notifications can result in drivers taking the wrong route. In response to these limitations, Mitsubishi Electric has now developed technologies for Smart Notifications and Natural Navigation, which are expected to contribute to safer and more convenient driving.


Smart Notifications combine Maisart image-recognition technology and information from on-board video cameras to recognize potentially hazardous objects, such as cars, humans and other moving objects, located outside of the driver's line of sight. The direction the driver is facing is recognized by a Driver Monitoring System (DMS), which monitors the driver with a camera, and compares the directions of moving objects and facial orientation to guess the driver's blind spots, based on which it provide alerts via displays and alarms. Tests conducted by Mitsubishi Electric demonstrated that the system is very effective in detecting objects and gaining the driver's attention.


Natural Navigation allows the driver to verbalize questions about routes in a conversation-like manner without having to push a button or trigger words.. The system detects when the driver's mouth is open and understands voice prompts by using the DMS and a microphone array (multiple microphones that synchronize recorded sound). Significantly, the system not only recognizes speech but also distinguishes between questions intended for the navigation system and unrelated conversation with other passengers. The driver can engage the system with conversation-like dialog to provide and receive information in a highly natural manner.