FOR IMMEDIATE RELEASE No. 3020


The modules will be exhibited at major trade shows including MOTORTECH JAPAN 2016 during TECHNO-FRONTIER 2016 in Japan from April 20 to 22. 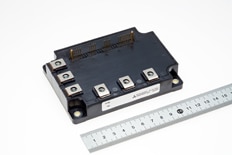